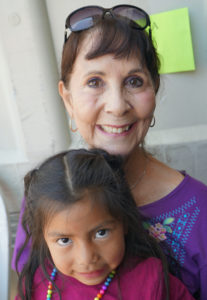 Dr. Ann López is the Executive Director of Center for Farmworker Families. She is an emerita professor and taught courses in biology, environmental science, ecology and botany in the biology department at San José City College for many years. She is an independent researcher whose research addresses the human side of the binational migration circuit from the subsistence and small producer farms of west central Mexico to employment in California’s corporate agribusiness. Her book entitled The Farmworkers’ Journey summarizes the results, arguments and conclusions of her research and was published by UC Press in June 2007. She has been recognized for her work by The U.S. Congress and many organizations. She was chosen as a Woman of the Year for 2013 and 2014 by the National Association of Professional Women. In March 2018, she was chosen for a 16th Annual Cesar E. Chavez Community Award in Watsonville and as Woman of the Year by Mark Stone’s 29th District for 2019.

Dr. Lopez’ research findings while interviewing central California farmworker families and their family members in Mexico were fundamentally disturbing and life transforming. As a result, she is actively attempting to create awareness about the Human Rights abuses that are endemic to every juncture of the migrant circuit. She has also initiated many projects on both sides of the border designed to alleviate some of the inordinate suffering experienced daily by migrant farm workers and their family members in Mexico. The Center for Farmworker Families is a 501(c3) nonprofit at www.farmworkerfamily.org. The website is designed to provide updates on the status of binational farmworker families and provides ways in which those who are interested can become involved with the work of improving their life circumstances. September 10th has been designated by the County of Santa Cruz as Farmworker Family Day. 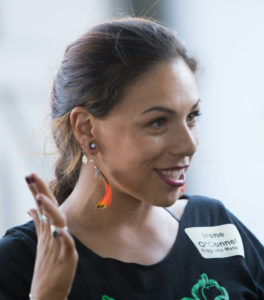 Programs Manager Irene Juarez O’Connell is a mentor, educator, and advocate for youth and young people in Santa Cruz County. Originally from Los Angeles, Irene came to Santa Cruz to study Public Art and Latin American & Latino Studies at UCSC. Having previously served the community in mentorship roles in local high schools and in the Santa Cruz Juvenile Detention Center, Irene joined FoodWhat in 2016 with experience in community organizing around youth violence prevention. She is passionate about the intersections where youth expression and creativity can meet empowerment for lasting, impactful change for their lives and their communities. Irene is excited to work with young leaders and have her hands in the soil! 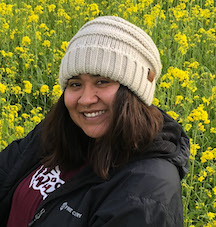 Lupita Sanchez is a local community activist, trauma-informed youth advocate and mentor dedicated to radical education. Born and raised in Watsonville, Lupita has years working closely alongside community organizers and has a deep and personal connection to those she serves. Her background as a high school Ethnic Studies teacher, certified counselor for youth survivors, and community organizer informs her ability to support youth in a unique way. She has a passion for applied theater, grassroots organizing and transforming communities through youth leadership, creativity, and collective action.